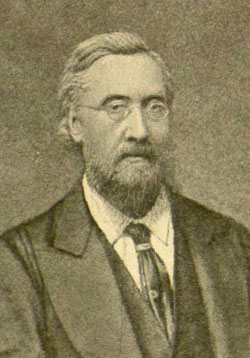 Was a British diplomat who devoted his spare time to the study of Chinese plants.

Born in London, his first appointment was to Hong Kong in 1844. He later became vice-consul to Whampoa, consul to Canton, and finally consul to Xiamen, where he died in 1886.

In 1873, Hance published a supplement to George Bentham's 1861 Flora Hongkongensis.

He found, named and described (in Latin) Iris speculatrix in 1875.

Hance is buried with his wife Charlotte in Hong Kong Cemetery.

(collections by 'Hance, H.' in Australian herbaria are all from eastern Asia)