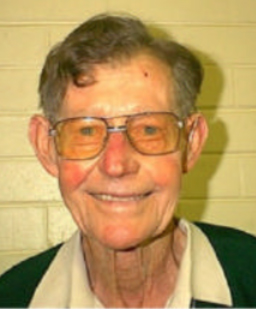 He grew up in the city being educated at the Victoria Park Primary School and the Thomas Street Secondary School. At the age of 17 he went, with his brother, to Kalgoorlie to work on a diamond drilling crew. It was during holidays in Esperance that they befriended a fisherman and found catching and selling fish door to door quite lucrative. So much so that his father left his Perth job and joined the boys. They spent a couple of days fishing and then sold their catches through Ravensthorpe, Lake King and as far away as Wagin. Good advice finally saw them settle their business in Katanning (1936).

Ron joined the RAAF in WW2 and was sent to England as a pilot. He returned and in 1946 married Pauline. The Heberles fished the fairly remote areas along the South coast from Esperance to the west of Albany and travelled through long stretches of undisturbed bush. Ron’s love and knowledge of native flora was nurtured by his mother (she had a wonderful collection of pressed flowers). Also his travels had him in contact with many beautiful plants such as the Royal Hakea.

When his father retired Ron and his family moved to Albany and it was the flower shows for his children’s school (Spencer Park Primary) which had them all searching and collecting orchids. With the headmaster, Ron Oliver, Ron, Pauline and their children increased their interest in the terrestrial orchids around the Albany area.

Ron learnt photography with the help of friends and family. He preferred colour slides as he found they gave him truer colours and it was easy for him to share his joy and photos with other orchid lovers. Ron has published regularly in The Orchadian, has orchids named after him, is a member of the AOF and is a valued confidant and supplier of materials to orchid people in Australia, Europe and the USA. He has an extensive knowledge of the geography of the south west of WA and the precise location of many orchid species.

His interest in natural hybrids and variations within species has been beautifully recorded in his 1500 plus slides. These slides are to be donated to the Australian National Botanic Gardens, Canberra. Ron likes to point out that these slides only represent a fraction of his experiences with the wonderful WA terrestrial orchids.

Ron and Pauline moved to Perth in 2002 and joined the Orchid Species Society of WA. Pauline died in December 2003 and Ron the following February, aged 90.