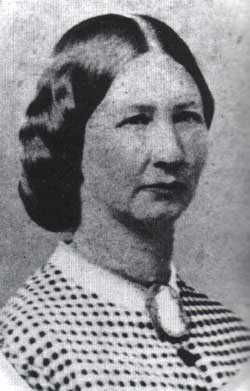 One of at least five children, to James Henderson, a Captain in the Royal Navy, and Catherine née Black. Euphemia spent her early years on a family estate on Guernsey, and later on the Isle of Man. She came to Vic. when her sister Georgiana married a settler, John David McHaffie of Phillip Island. When not working as a governess, Euphemia lived with the McHaffies.

She was also a wildflower artist in watercolours. Painted bunches of flowers for Mueller.

In 1863, Euphemia was engaged to Ferdinand Mueller for six months.

They collected MEL specimens at Phillip Island, 1863. Nematolepis euphemiae F.Muell. (1863) was named for her.

Euphemia died of gastroenteritis in Kew in 1907 aged 86.