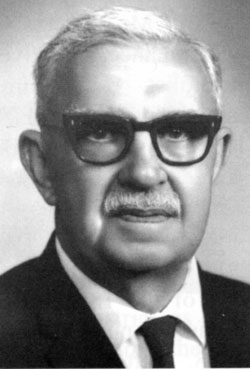 He commenced his career in botany as a botanical assistant, Explosives Section, Mines Department of Western Australia, in 1919 and was later Economic Botanist and Plant Pathologist in the same State; following this he was Professor of Plant Physiology at the University of the Philippines for a short period and then joined the Botany Department, University of Queensland.  He was first a lecturer there, but was later Professor of Botany (1948-65), and Dean of the Faculty of Science.

Has written extensively, including The Major Factors in the Present Distribution of the Genus Eucalyptus, Proc. Roy. Soc. Qld 40 (13) (1929).  Material from his collecting trips in south-western Western Australia is in the State Herbarium there.

He is honoured in the name Eucalyptus herbertiana Maiden (1923)