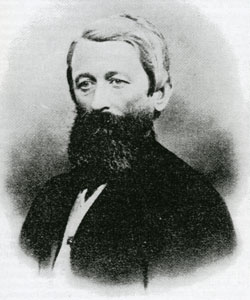 Ernst Bernhard Heyne was secretary to von Mueller at the Melbourne Botanic Gardens 1853-1868. He went with von Mueller on several Victorian expeditions and helped to classify much of the botanical material collected by von Mueller in the 1850s.

Went to Adelaide January 1869, established nursery at Hackney, near Adelaide, and a shop for seeds and plants in Rundle Street, Adelaide, worked until he became ill with asthma.

In 1871 he published The Fruit, Flower and Vegetable Garden, which was enlarged as The Amateur Gardener in 1881 and ran to four editions.