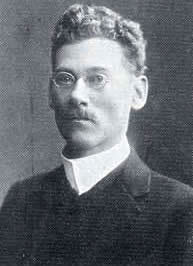 Son of M.W.Holtze, and educated in South Australia. Curator of Darwin Botanic Gardens, 1891-1913.

Nicholas Holtze succeeded his father Maurice as the first official Curator of the Darwin Botanic Gardens. During his tenure he operated with greatly reduced financial resources. Hoping to make the Gardens self-supporting he continued the work conducted with Maurice of trialling crops with agricultural potential for the Northern Territory, including sisal, cotton and rice. He also continued the practice of distributing plants and cutting to local residents.

Holtze held numerous positions in the civil administration of the Northern Territory including Inspector of Vine Fruit and Vegetables, Secretary and Accountant to the Government Resident, and Sheriff.