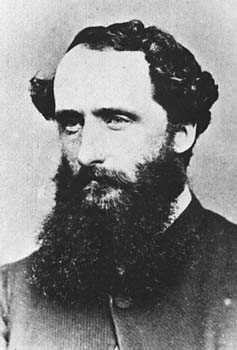 He arrived in Melbourne with his father and brother in 1852 and went with them to the Victorian goldfields; when they returned to England he remained in Australia, took up farming and became an expert bushman.

He was to attain noted status as an explorer, anthropologist, geologist and botanist. In 1859 Howitt led an expedition to seek pastoral country near Lake Eyre; on his return he led a party to prospect for gold in Gippsland and it was on this trip (1860) that he first became interested in eucalypts.

The year 1863 saw him appointed police magistrate and warden of the goldfields of Gippsland, where he remained until 1889. In that year he returned to Melbourne and became Secretary of Mines and in 1896 Audit Commissioner and member of the Public Service Board. He retired from the Public Service in 1901, only to be recalled to act as chairman on the coal- fields of Victoria. Later he was a member of the interstate commission considering proposed sites for the future capital of Australia ( Canberra).

Throughout his official life Howitt found time for scientific studies and wrote a number of papers., published in various journals. His moat important work is considered to be The Native Tribes of South-east Australia (1904), but of greater interest to forestry was his The Eucalypti of Gippsland, Trans. Roy. Soc. Vic. (1889). Howitt was first recipient (1903) of the Mueller medal of the Australasian Association for the Advancement of Science: he was also awarded the Clarke Medal by the Royal Society of New South Wales and the honorary degree of D.Sc. was conferred on him by the University of Cambridge, England, in 1904. In the botanical field he is commemorated by the genus Howittia and species of Rapanea and Marsilea

His collections were sent to Mueller and are now in MEL.