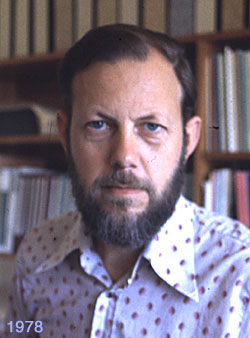 After work at Leiden and Sabah, Andrew Kanis joined the Taxonomy Group of the New Guinea Resources Section, CSIRO Division of Land Research, A.C.T. in 1969. In 1973 this group transferred to the Division of Plant Industry as part of Herbarium Australiense (now Australian National Herbarium, CANB). He was appointed Principal Research Scientist on 1 July 1979.

He is best remembered for research on Amaranthaceae, Mimosaceae and Ochnaceae. Since his death, work on Amaranthaceae has been continued by Jo Palmer. He was also an accomplished nomenclaturalist who took an active interest in the International Code of Botanical Nomenclature. His main collections are at CANB.