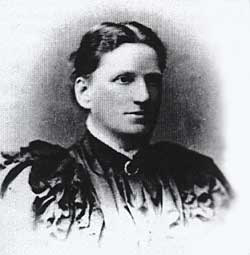 One of seven children, to the clergyman George King (1813-1899), and Jane née Stewart (d.1900). The family settled in Sydney in 1847 where Georgina's father became incumbent of St Andrew's parish.

Georgina tried to become a scientist but was frustrated by restrictions on women's participation in educational and scientific institutions.

Georgina wrote a couple of books on Aboriginal antiquity.

Seven letters from Mueller to Georgina survive, and five from Georgina to Mueller.

There is a biographical book: Ginger for pluck : the life and times of Miss Georgina King (2012) by Jennifer M.T. Carter and Roger Cross.