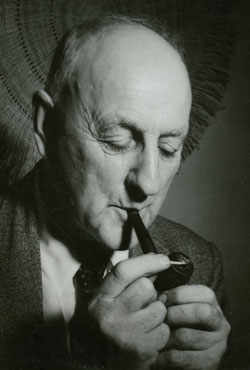 Limited financial means prevented him pursuing a university education, for which he was considered fitted, but he studied geology and biology at the Sydney Technical College and later lectured in geology at that institution. In July 1906 he joined the staff of the Museum of Applied Arts and Science (prior to 1945 known as the Sydney Technological Museum) as a collector, mainly in the fields of geology and botany, for research work as well as for displays. At this stage he began publishing scientific papers, chiefly palaeontological, in J. Roy. Soc. N.S. W., to which society he was elected a member in 1911, and in Proc. Linn. Soc. N.S. W.

He was granted leave from the Museum to act as Assistant Biologist on the famous Antarctic Expedition of 1911-13, led by Sir Douglas Mawson. Laseron was one of the supporting party to the team to the South Magnetic Pole. He also did geologic surveys along the coast of Antarctica. In World War I he saw service with the A.I.F. and was wounded at Gallipoli; in World War II he was a map-reading instructor. After World War I he rejoined the Museum and in 1926 was appointed Officer.in.Charge of the Applied Arts Section, but resigned in 1929 to conduct his own business as an antique dealer and auctioneer of coins and books, but soon specialized as a stamp dealer and became the most noted dealer of his time. In his retirement he worked assiduously on marine biology, concentrating on molluscs. Apart from his contributions to scientific journals he wrote Guide to the Lennard Collection of Pottery and Porcelain (at the museum), the Face of Australia, Ancient Australiaand, notably, South with Mawson