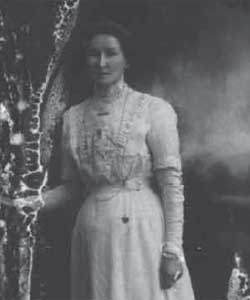 The fifth of twelve children, to settlers William Logue (d.1912) and Sarah Mary née Clarke (d.1914). The Logues ran 'Sunny Vale', a mixed farm near Harvey. Kate became a school teacher, and taught at the first schools in the Harvey district and on the upper Warren, and also at Grass Valley, Moojebing, and near Waroona.

In 1913, Kate married William James Blight (c.1854-1934), a farmer near Harvey. It was a second marriage for Blight who already had eleven children. Kate and William did not have any children. After her husband's death, Kate resumed teaching.