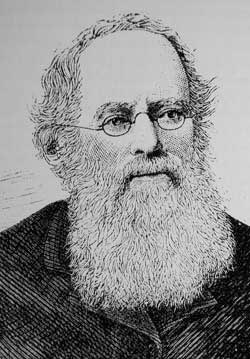 Son of the celebrated Captain John Macarthur. He was a competent botanist, horticulturist and agriculturist, and his operations helped to make Camden Park celebrated. He entertained eminent scientific men who visited the Colony and bore the reputation of a cultured gentleman. He sent plants to Backhouse which are now in Herb. Kew and Brit. Mus.

As a young man he studied viticulture and wine making in France, and he made the Camden Park vineyards renowned. His wines gained prizes in open competition at the Paris Exhibition of 1855. He published a work on the vine under the nom de plume of “Maro”. He was one of the Commissioners of the Colony to that Exhibition and was knighted and received the Legion of Honour for his services. He was an accomplished French Scholar. His horticultural work is referred to in Sydney Hort. Mag., vii, 112. His work on hybridizing Crinums is referred to by Bidwill, supra p. 88, and these two workers and Captain P.P. King, R.N., did valuable work on bulbous plants, and the result of Mr. Macarthur’s horticultural work may be seen at Camden Park even at the present day.

He sent his gardener Mr. P. Reedy, to New Guinea with Mr (afterwards Sir) William Macleay’s Expedition, on the Chevert for new plants, and the preface of Mueller’s “Descriptive notes on Papua Plants,” Part 1, shows that the material for it was placed at his disposal by Sir William Macarthur. He made collections of N.S.W. timbers for the Paris Exhibitions of 1855 and London 1862, and supported these specimens with herbarium material which is now at Kew. His catalogue is most valuable in that it contains most of the authentic aboriginal names which have been preserved of the trees etc. of the counties of Cumberland and Camden, N.S. Wales.