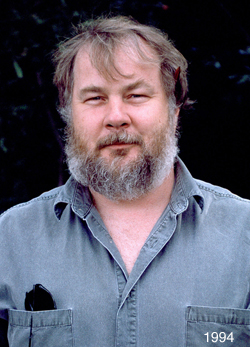 His tertiary education was at the Macquarie University, Sydney, and he was employed at the National Herbarium of New South Wales, Royal Botanic Gardens, from 1981 to February 1991.

In May 2001 he returned to the Royal Botanic Gardens Sydney as Conservation Botanist, where he was employed until retrenched in 2016. He is now a botanical and plant conservation consultant in Sydney.

His main areas of taxonomic interest have been the genera Grevillea (Proteaceae) and Astrotricha (Araliaceae).

Increasingly his work shifted from taxonomy to conservation botany, in which area he has worked on a wide range of species and threatening processes, particularly the recently introduced Myrtle Rust disease.

He is a former President (2008-11) of the Australian Network for Plant Conservation Inc.