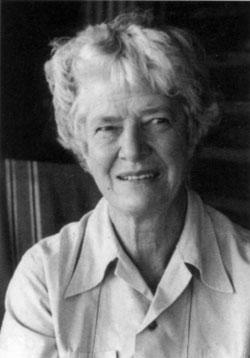 Dr. .Marks had a distinguished career in mosquito systematics being concerned with the taxonomy and biology of Australian and New Guinea mosquitoes.

Her natural history interests were in entomology, conservation and biography of scientists, naturalists and their societies. She participated in many expeditions, many for recreation but always with her mosquito collecting gear with her. She collected many insects including mosquitoes thus contributing to the knowledge of other insect fauna as well as that of mosquitoes. She always used her given names on formal scientific papers but was Patricia or Pat otherwise. Dr. Marks published extensively and described 38 species of mosquitoes new to science and produced numerous articles on subjects other than mosquitoes.

Pat belonged to many organizations and worked particularly hard for her professional societies, the Entomological Society of Queensland, the Australian Entomological Society and the Royal Society of Queensland. She was equally objective and enthusiastic about The Queensland Naturalists’ Club and the Australian Conservation Foundation. Pat Marks was instrumental in ensuring the preservation of the Samford Bora Ground, she edited the Fraser Island Number of The Queensland Naturalist, bringing together for the first time scattered old and new information on the island. Pat compiled entries for the Australian Dictionary of Biography for a number of early naturalists including the first Chief Justice of Queensland, Sir James Cockle, and presented addresses on another naturalist Silvester Diggles and a history of the Queensland Philosophical Society and the Royal Society from 1859-1911