Peter was born in Colombo, in what is now Sri Lanka, into the Burgher community (of Eurasian descent), one of five children to parents Percival Stephen Martensz and Patricia De Saram.

His family moved to Scotland from Sri Lanka when he was very young, before relocating to Australia when he was between 7 and 10 years old.

He graduated from Canberra Boys Grammar School in 1959, and spent some time as a jackaroo in western NSW where he gained considerable riding skills.

He later joined the Wildlife and Ecology unit of CSIRO (1963-1975) and his plant collections start from 1964, often in association with Dick Schodde.

By 1976 he was attached to the CSIRO Tree Seed Centre. Peter was known as a good field operator, and participated in range-wide seed collecting of species such as Coolabah (Eucalyptus microtheca), Gympie Messmate (Eucalyptus cloeziana),and the River and Desert Sheoaks (Casuarina cunninghamiana and Allocasuarina decaisneana). Peter was the first person to discover a population of Eucalyptus koolpinensis Brooker & Dunlop and realise that it was an undescribed species, although his collection was not used as the type.

Peter had an aptitude for using computing applications; when the section where Peter worked closed down, he moved to Forestry Genetics and designed a DBASE IV database for seed collections.

After being made redundant in a restructure, he continued as a private contractor, and made a major contribution to the book 'Multipurpose Australian Trees and Shrubs: Lesser-known Species for Fuelwood and Agroforestry', which was published by the Australian Centre for International Agricultural Research (ACIAR) in 1986.

After leaving CSIRO he set up his own biological editing company called PNM Edit.

A memorial service was held for Peter at the Chapel of his old school, Canberra Boys Grammar on 12 December 2014.

There are 5,055 individual or joint collecting records for P. Martensz listed in AVH. 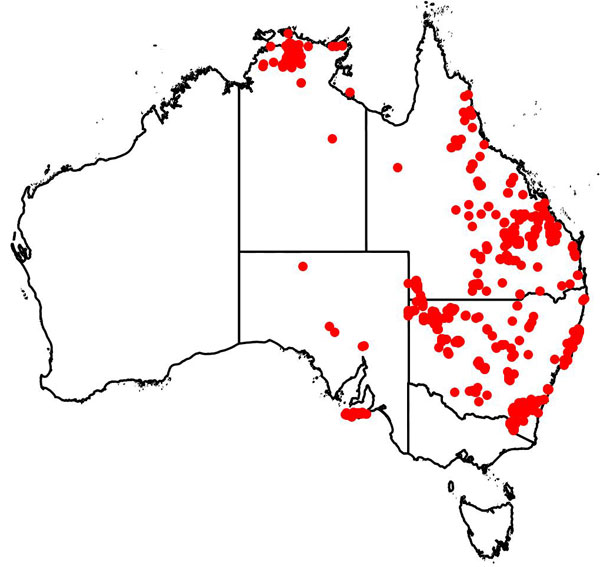