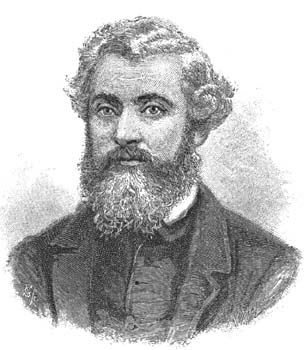 Migrating to New South Wales when he was 17, he gained pastoral experience with an uncle who was a squatter.  Between 1850 and 1860 he took up a number of stations west of the Darling and in 1861 was asked by the Government of South Australia to organize an expedition to search for the Burke and Wills expedition.  In May 1962, after nearly nine months, the party believed that they were near the Gulf of Carpentaria and turned eastwards to Port Denison, on the Queensland coast, where they arrived on 2 August, nearly one year after leaving Adelaide.

In September 1865, McKinlay was again sent to explore the Northern Territory; his instructions were to concentrate on the area between the Adelaide, Liverpool and Roper Rivers.  On his return to South Australia one year later, he engaged in pastoral pursuits near the town of Gawler; there a monument was erected to him three years after his death.