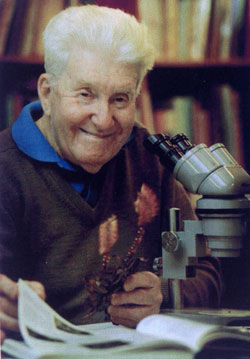 Dr Donald Livingstone McNair, better known to Australian Plant Society, Newcastle, members as Don, was an integral member of the group since he co-founded the Society for Growing Australian Plants, Newcastle Branch in 1959. He was recognised as a Life Member of APS NSW in 1981 and acted as the Patron of the APS Newcastle Group.

Don was born and educated in Newcastle and trained as an auto electrician, which led to a very full and varied career in this field including managing his own very successful company. His automotive training also gave him the skills needed to maintain his car when he took off into Central Australia on plant collecting expeditions. He had many adventures in remote parts of the country, often travelling with local historian Dr John Turner.

Don's interest in plants began in childhood, as a hobby, which flourished through reading, consultation with the National Herbarium of NSW at the Royal Botanic Garden Sydney and short adult education courses on botany and plant taxonomy. Many APS-Newcastle members owe their interest in native plants to classes which Don later presented through the WEA, where he was an enthusiastic and generous teacher. Self-taught, Don went on to become a renowned local and national identity and enjoyed a second career as a botanist, author, teacher and consultant, based on the plants he loved so well.

He was particularly knowledgeable in the local flora of the Hunter Region and collected, identified and preserved over 12,000 species. The Don McNair Herbarium was donated to the University of Newcastle in 1995 and opened in 2003 and he continued working on it even in the last months of his life. This is a valuable legacy for students and research well into the future.

Don was a founding member of the Hunter Region Botanic Gardens in the 1980s and, as the first Honorary Director and Curator, was Instrumental in setting the tone and guiding the initial direction of the gardens. Don had a close relationship with the University of Newcastle: he donated a scholarship for students; became a Convocation Scholar in 1985 as Botanist in Residence; was an Honorary Research Associate; published several scientific works; and received an Honorary Doctor of Science in 1996. Don's quiet manner of speech, gentle personality and winning smile will be missed by all who knew him. His great knowledge and love of Australian native plants will be missed much further afield.

Collecting locations for McNair, D.L. from AVH 2014
(This does not include Uni Newcastle Herbarium where most of Don's specimens are lodged) 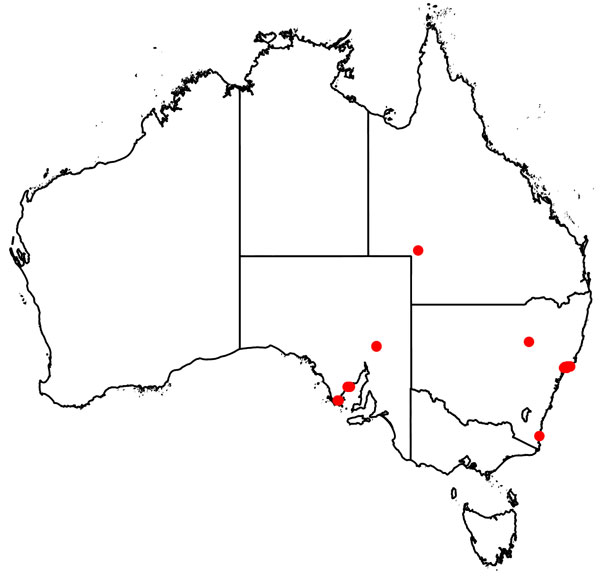