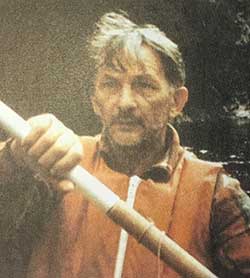 Tony was the eldest of five children to parents Anton Moscal and Elena Orshowski from villages near the Siret River, a tributary of the Danube.

His botanical interest started from collecting plants for herbal medicine for his parents. Like many of his countrymen the 17 year old Tony left Romania in 1944 during WW2 to live first in Vienna then in Germany. After the war Tony made his way to the American occupied part of Germany and learned English while working for the Americans for five years. In September 1957 he migrated to Tasmania with his wife and two children.

The family settled in Midway Point, and he soon became an Australian citizen. He trained as a painter and decorator. His life soon developed a pattern - six months working as a painter/decorator, six months doing field work for the Tasmanian Conservation Trust, the University of Tasmania or government departments, sometimes paid, sometimes as a volunteer. At a later stage Tony was employed by the Federal Government for work such as going into the wilds to paint lighthouses.

He joined the Hobart Walking Club and spent long periods on extended bushwalks in different parts of Tasmania, he also wrote articles for the Club's magazine.

In 1979-80 funds were obtained through the Tasmanian Conservation Trust:

1) To locate population of unpreserved and badly reserved endemic and rare Tasmanian native plant species.
2) To make recommendations on reservation and management fo rth epurpose of beter providing for the future of the endangered species.
Most of the funds provided . . . "were used to provide salary and travelling costs for Tony Moscal, an outstanding field naturalist who specialises in endemic taxa."

On some of Tony's survey work he was accompanied by others such as Dr Jamie Kirkpatrick of the University of Tasmania and Alex Buchanan, botanist at the Tasmanian Herbarium. In their recollection, Tony seemed to survive on black bread and salami.

Tony spent many years collecting herbarium specimens for the Tasmanian Herbarium, over 17,000; this collecting would demonstrate the variations within species, expand the known distribution of taxa and locate new plant taxa.

In later years Tony became a specialist in bryophytes.

A much longer biography can be found in Dick Burns' book, Pathfinders in Tasmanian Botany, published by the Tasmanian Arboretum in 2012.

An obituary to Tony Moscal was published in Australasian Systematic Botany Newsletter, 171, June 2017. 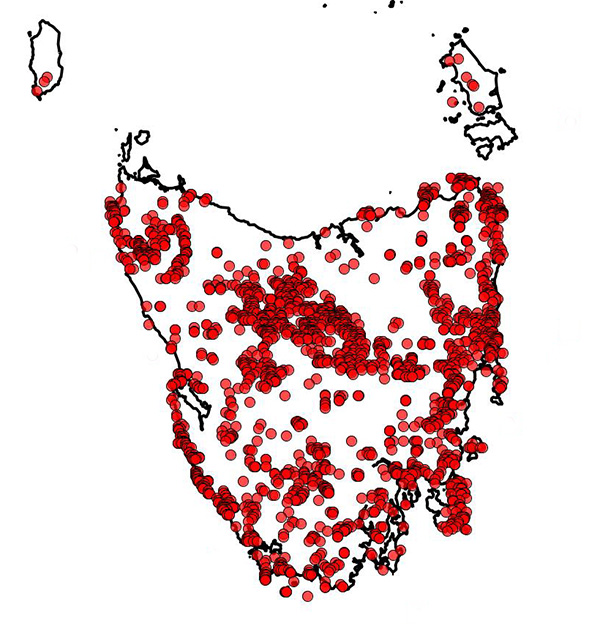