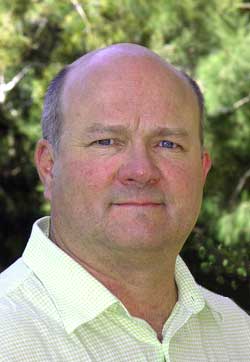 Robin Nielsen has a strong background in land and issues management in the ACT. He worked in the ACT Government and its predecessor for 20 years. He joined Environment Australia in August 2000, working for a short while in the Environment Quality Division. In October 2000, Robin joined the Australian National Botanic Gardens as its Director and served in that capacity until 25 August 2006, when he left to take up a position in the federal Department of Agriculture, Fisheries and Forestry.

Robin has bachelor degrees in forestry and economics from the ANU, and during 1999 completed a Master of Environment Science at the ANU.

Robin was born in Queensland in 1955 and lived in the rural south-east of Queensland and Brisbane until 1964, when his family moved to Tumut. He completed his schooling in Tumut in 1973 and moved to Canberra in 1974 to go to the ANU. He started working for the Department of the Capital Territory in 1978.

Robin's work background has largely focussed on managing environmental resources in the ACT. He worked as a forest manager in ACT Forests from 1982 to 1989. In 1990, he moved to become Operations Manager of City Parks. In City Parks, Robin was responsible for managing City Parks horticulture operations and tree management, and had responsibility for staff and financial management. During 1993, Robin worked as Manager of ACT Agriculture and Landcare, with responsibility for agricultural land management and animal welfare issues. Between 1994 and 1998, Robin managed the ACT's sport and recreation facilities, including Canberra's public sportsgrounds and swimming pools.