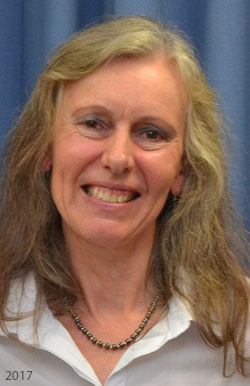 After a varied early career in agricultural economics and survey analysis, social science data archiving, and music teaching, Maggie joined the Australian National Herbarium (CANB) as a specimen data entry technician in 1991, working in the eucalypt collection with Ian Brooker and learning something about this important group. She soon took on general herbarium and other technical duties on various contracts, including assisting Mike Lazarides on a Flora of Australia project in 1992, and continuing this work part-time from 1994, with some Chloridoid grass treatments published over her name in 2005. She also assisted Judy (J.G.) West with studies of Scleranthus in 1993. From 1993 to 2000, Maggie worked for the Orchid Research Group, initially at the Australian National Botanic Gardens (ANBG), where she met her future partner, John (J.A.) Nightingale. (John was on the ANBG staff between 1989 and 2003, working as a plant records officer, then in the nursery, and later as Gardens Supervisor and Living Collections Curator.)

After a subsequent short stint at the Greening Australia national office (GAL) in 2000-1, and while studying plant ecology and vegetation management through UNE, she returned to CANB in 2002 as a data entry and georeferencing technician for the AVH (Australia's Virtual Herbarium) project. From mid 2003, Maggie and John lived and worked at the Alice Springs Desert Park, but returned to Canberra in early 2005. Maggie worked briefly as a flora editor for ABRS, and then took up the position, as herbarium (and botanic gardens) registrar for CANB and ANBG, that she occupied from July 2005 until March 2017. As well as specimen data processing and georeferencing, this position included co-supervising and training staff during the final stages of the AVH data entry project, and later data-cleaning series such those relating to a particular collector or expedition, which could be analysed using the newly available electronic data. While in the registrar's position, Maggie also undertook curation duties in CANB's Poaceae collection. She retired to join John on a small rural property in south-east NSW.

Maggie made over 400 registered field collections (as primary collector). Grasses, orchids and Scleranthus were a collecting focus during the 1990's (as M.E. Sutton until March 1996), a small part of Canberra Nature Park was fully surveyed in autumn 2002, and collections were made with Jo Palmer in the first BHP-Rio Tinto-funded Bush Blitz expedition in the upper Bellinger River area of NSW in 2010. Otherwise, Maggie's botanical collecting was mostly general and opportunistic, made en route to, or while visiting, friends and family or her own forest conservation property, and often in the company of her husband J.A. Nightingale or mother W.G. Ives, who lived in Narrandera NSW from 1997. Concerned not to add superfluous specimens from over-collected areas, Maggie checked many of these collections against AVH maps for each of the taxa. She found that a few were range extensions for indigenous species, some fairly common weed species had no other point within 100 km, and the majority were 5-70 km from the nearest AVH points, which mostly represented vouchers collected before 1990 (often much earlier) and/or lodged only in one or two herbaria.

Maggie was interested in the potential of herbarium vouchers and their data as baseline points for monitoring changes in land condition, and for providing input and validation to geographic analysis, in addition to their mainstream uses. Her tenure at ANH was during a time when use of digitised specimen label data, independently from the physical vouchers, was increasing. While accessioning the collections of others, she noted that field descriptions of habitat and plant traits were often absent or scanty, and encouraged collectors to improve these text items as well as recording the source, accuracy and datum of geographic coordinates, so that the value of the label data, in a wide variety of uses, could be maximised.

Gill, A.M., Cary, G.J., Kuramotto, C., Nightingale, M.E. (2008). Global warming, fires and the montane forests of south-eastern Australia. In: National Parks Association of the A.C.T.: Corridors for survival in a changing world; Proceedings of the NPA ACT Symposium Canberra 9-10 May 2008. 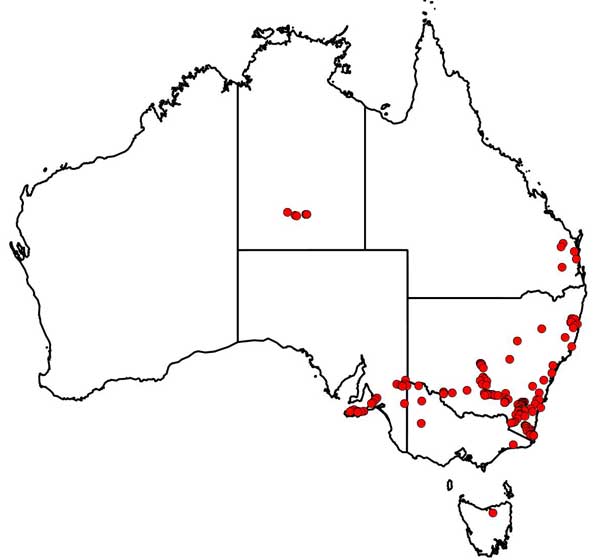