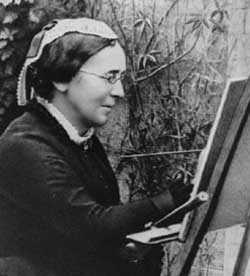 The eldest daughter of Frederick North and Janet née Marjoribanks. Marianne was an artist, and devoted herself to painting flowers and travelled around the world to do so.

In 1882, a gallery for her paintings opened at Kew Botanic Garden.

Painted Australian plants in oils. She met with Ellis Rowan while on an expedition through Western Australia and taught her how to paint in oil. The two shared a cottage in Albany for a few days when their paths crossed. Her work is on exhibition in a specially built gallery at the Royal Botanic Garden, Kew.