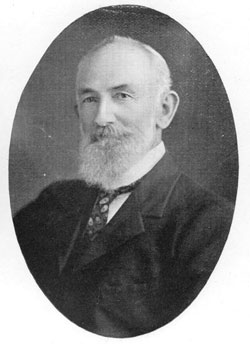 He was for many years an officer of the Forest Department, New South Wales, being appointed Forester, 20th August, 1884. He retired 16th August, 1896. He early interested himself in timbers, barks, and other vegetable products as dyes, and assisted his father in preparing a large series of specimens (may of which I have seen) for the London International Exhibition of 1862.

Maiden writes: "My acquaintance with Mr. Rudder began while he was forester in the Gloucester-Manning district, with head-quarters at Booral. I long held the opinion that his knowledge of the trees and timbers of his district was profound. He formed a herbarium of all the trees of his extensive district and made collections of the timbers, most of which were, he informed me. unfortunately lost. Many of his herbarium specimens were presented to me after he left the Public Service and are now in the National Herbarium, Sydney. Many of his reports on forestry questions are valuable documents and are in the archives of the Forest Department. At my instigation he contributed some articles to the Agricultural Gazette of New South Wales, and he was a contributor to the press on forestry questions. I named the North Coastal Red Box of New South Wales Eucalyptus Rudderi in honour of this excellent observer. (Proc. Linn. Soc. N .S. W. xxix, 779)."