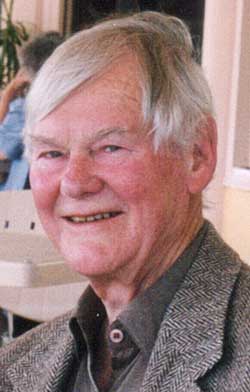 Frank was born in Melbourne, served in the army during World War II as a radio mechanic and after discharge attended Sydney University where he graduated with a Bachelor of Engineering in 1952.

Frank’s engineering career began with the then Postmaster General’s Department and he became Studio Engineer for the ABC radio studios. In 1956 Frank was in charge of the installation of Channel 2, the ABC channel at Gore Hill in Sydney from which the ABC’s first television broadcast was made.

When the ABC started its own Engineering Department Frank moved there and continued his career with the ABC until retirement in 1982.

Frank was an a keen bush walker and when climbing near Mt Kosciusko came across a buttercup and later, another buttercup with different leaves. This piqued his curiosity and he spent many years studying, writing about, photographing and drawings buttercups. Frank published many technical papers about radio and television broadcasting, but perhaps the publication which gave him the most joy was In Search of a Buttercup – a ramble by Frank Shepherd, self-published 1993.

The manuscript, paintings and photographs for a later (unpublished) book Pictures of Australian Buttercups have been donated to the Australian National Botanic Gardens by his widow Mavis Shepherd.