Bryan discovered botany and plant collecting as a Boy Scout in Zimbabwe (then Rhodesia). He earned his B.Sc. in Botany and Zoology from University College of Rhodesia (now University of Zimbabwe) and M.Sc. from Reading in the UK.

After nine years as Systematic Botanist at the National Herbarium of Rhodesia in Bulawayo, he was hired in 1974 by the Queensland Herbarium, where he spent 39 years before being forced into retirement after political reshuffling. Counting years gainfully employed and two active years of research after official retirement, his career spanned over fifty years.

Among the genera Bryan focused on were Sporobolus, Sacciolepis and Aristida. He authored two editions of Key to Australian Grasses and authored or coauthored some 175 articles, chapters, or other peer-reviewed contributions.

Bryan stayed abreast of many new developments, including phylogenetics. A significant lag existed in the mid to late 1990s within many botanical institutions regarding an interest in, and adoption of, phylogenetic techniques. Bryan, however, was eager to understand the new methodology, perceived correctly that it had some thorny issues, and politely peppered his colleagues with questions concerning its application to grasses, which made us think more deeply.

In the mid 1990s Bryan teamed with Donovan Sharp to produce AusGrass, an interactive key to Australian grasses. Bryan also was highly involved with the production of Volume 43 (Poaceae) of Flora of Australia. An arena in which Bryan was a leader was in his production of Grass World (http:// grassworld.myspecies.info/). This source of online information currently is the most comprehensive source of information on grasses and agrostologists worldwide.

Australia and the botanical world lost a dedicated servant with the passing of Bryan Kenneth Simon (1943-2015) on January 3rd at the age of 71. 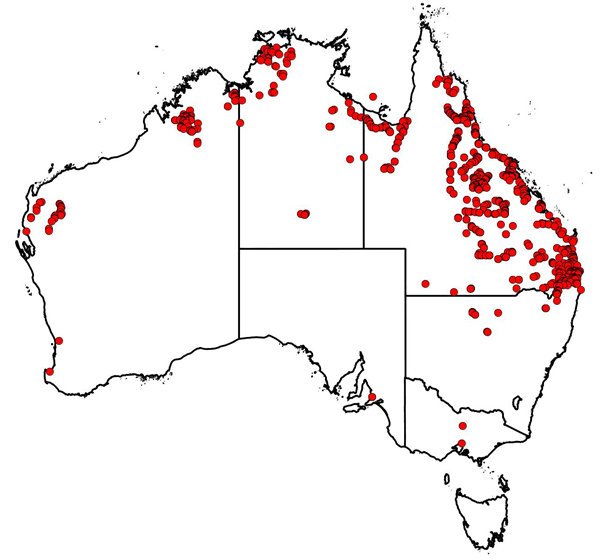