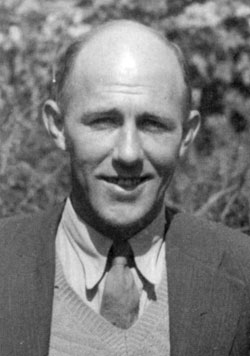 Born in Bundaberg on 27th November 1917 and died on Mount Barney, south of Brisbane, in September 1970.

He was educated in Bundaberg and joined the Queensland Public Service in Brisbane in March 1933 as a clerk in the Department of Agriculture and Stock. He became a cadet in the Botany Section in 1935 and, except for active service in the AIF during WWII, remained there till his death, by which time he was a Senior Botanist.

Lindsay was a naturalist as well as a first-class botanist and became a member of The Queensland Naturalists’ Club very early in his professional career. He served as its Honorary Treasurer for many years and President in 1955. His botanical interests were wide but he is probably best remembered for his work on rainforest trees resulting from his early association with C.T. White and W.D. Francis, and work on New Guinea plants during his army service.

Source: Extracted from: R.J.Henderson, The Queensland Naturalist, Vol.44, Nos.1-3, 2006
Portrait Photo: from above