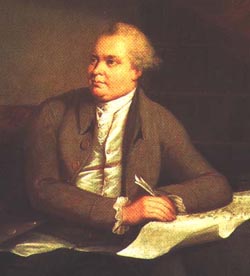 Pupil of Linnaeus; came to England in 1760. Assistant at the British Museum from 1763, Assistant librarian from 1765. Employed by Banks in 1768 to join him on Cook's first voyage to the Pacific. On their return in 1771 he became Banks' botanist/librarian and lived in his house at Soho Square. He described very little himself, but his specimens, manuscript notes and names have been used by others. His herbarium is now at BM, with some duplicates elsewhere, including AK, B, BRI, C, CAL, E, HAL, HO, MEL, MO, NSW, P, PERTH, P-JU, S, US, W, WELT.

Text extracted from: A.E.Orchard (1999) A History of Systematic Botany in Australia, in Flora of Australia Vol.1, 2nd ed., ABRS. [consult for source references]