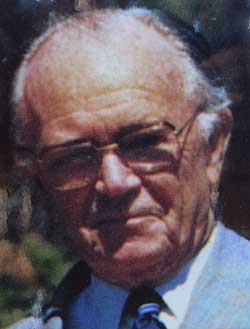 Henry Somerset was born 21 May 1906 at Mount Morgan where his father, Harry StJohn Somerset, was the general manager of the Electrolytic Zinc Company, Somerset gained a Master of Science degree at the University of Melbourne and became an industrial chemist, in 1937 joining Associated Pulp and Paper Mills in Burnie.  In 1958 he was president of the Australasian Institute of Mining and Metallurgy, and in 1966 he was knighted – a distinguished record.

Co-founder of the Burnie Field Naturalists Club in 1952 and became Patron in 1961. After his death in 1995 an annual memorial bequest lecture was establihed in his honour.

The Henry Somerset Reserve near Latrobe, south of Devonport, Tas, has at least 43 species of terrestial orchid.

He was also a Chancellor of the University of Tasmania, a keen botanist and renowned naturalist.

He held a 50 year membership of the Royal Australasian Ornithologists Union and in 1968 was appointed a trustee of the National Museum of Victoria.