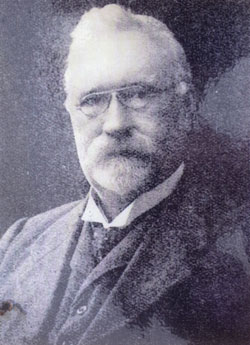 John Stewart came from Scotland as a child with his parents, brother Donald and sister Betsy. He spent the rest of his life in the Shoalhaven. They lived on the Coolangatta Estate in the village of Broughton Creek (later named Berry) in a house called Mananga.

In 1894 the Estate built them a new house, on the same property, also called Mananga which still exists today and the family later purchased the property and it remained in their hands until 1992.

John was an auctioneer and stock agent and thereby gained a wide knowledge of land and stock. In the early days, with his father William, he interested himself in the formation of Broughton Creek municipality and subsequently the local Agricultural Society (of which he was President), the School of Arts and the building of churches. He wrote papers and delivered addresses on the treatment of pastures and stock that attracted much attention at the time.

His albums of pressed named plant specimens are held by the Berry Museum (click to enlarge).