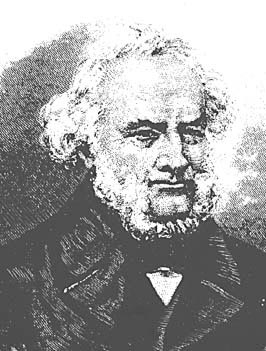 Stirling, Sir James (1791-1865), naval officer and colonial governor, born at Drumpellier, Lanarkshire, was the fifth son of Andrew Stirling of Drumpellier and his wife, Anne, daughter of Sir Walter Stirling (1718-1786) . He entered the navy in August 1803 and went out to the West Indies, where he joined the Hercules (74 guns), flagship of Sir John Thomas Duckworth. In 1805 he was in the Glory , flagship of his uncle, Rear-Admiral Charles Stirling , at Calder's action off Cape Finisterre on 22 July. He continued with his uncle in the Sampson , and again in the Diadem , in which he served during the operations in the River Plate in 1807. He was promoted lieutenant on 12 August 1809, and in 1811 returned to the West Indies as flag-lieutenant to his uncle, who promoted him, on 19 June 1812, to command the sloop Brazen , in which for some months he cruised successfully off the mouths of the Mississippi. Still in the Brazen he was afterwards in Hudson's Bay, in the North Sea, on the coast of Ireland, and again in the Gulf of Mexico, and after the peace commanded her in the West Indies until 1818. On the special recommendation of the commander-in-chief he was promoted to post rank on 7 December 1818. He married, on 3 September 1823, her sixteenth birthday, Ellen (1807-1874), third daughter of James Mangles of Woodbridge in Surrey, MP for Guildford 1832-7. They had five sons and six daughters.