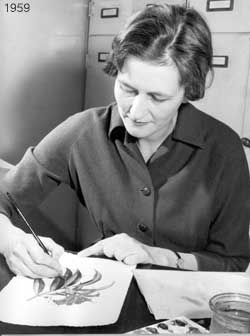 Stones studied industrial and commercial art in Melbourne, and later trained and worked as a nurse during the Second World War. She went on to study botany with the encouragement of John Turner, Professor of Botany at the University of Melbourne.

Stones left Australia in 1951, working freelance for the Royal Botanic Gardens in Kew,London. In 1961, she was commissioned by Lord Talbot to paint the endemic plants of Tasmania. The resulting publication, The Endemic Flora of Tasmania, was published in six volumes from 1967 to 1978.