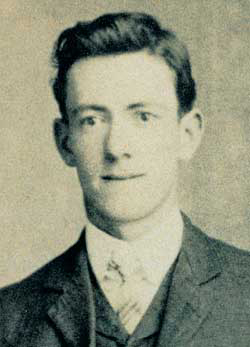 From May, 1954, Arthur Swaby wrote a column 'Know Your Natives' in the popular gardening magazine 'Your Garden'. Arthur Swaby had a deep conviction that Australian plants deserve a prominent place in Australian horticulture. He announced the idea in the April, 1956 issue of 'Your Garden' and he was swamped in a flood of enthusiastic letters from all over Australia. The slogan Mr Swaby used was "Australians for Australia" over 400 growers rallied to the formation of an association to be known as Australian Growers of Australian Plants.
Growers pledged to promote the establishment and breeding of native plants for garden, park and farm.

"At the inaugural meeting, nearly 200 people, perfect strangers from three States, under the exhilaration of a common lively interest, moved around and chatted like old friends. Scores of others, from widely scattered places in all parts of Australia, who were regrettably unable to attend, sent congratulations."

Mr Swaby founded the society on the ideals of help and encouragement, giving generously to any individual or any group, no matter how small, who displayed interest in native plants. It was from these small beginnings that the many strong branches grew. The name "Society for Growing Australian Plants' appeared for the first time in Newsletter No.I in May, 1957. His writings in these early newsletters clearly illustrate the humble nature of the founder, his keen awareness of human nature and his earnest desire to encourage the full unfettered cooperation of members.