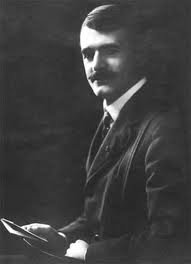 His first appointment was as a cadet forester with the then Department of Forestry, N.S.W., in 1899, but he rose to District Forester in charge of the North West Forestry District (1911-16). Then he became District Forest Inspector in the Forestry Department of Queensland (1916-18).  In the period 1918-24 he was Director of Forests and later Chairman of the Forestry Board; then he was sole Commissioner of Forests in New South Wales from 1935 until he was 65 in 1948.  After his retirement he did several tasks for the F.A.O., including a stint in Ethiopia.

Swain was a man of considerable ability and tremendous drive and capacity for work.  Whilst he did not have tertiary qualifications in forestry he had matriculated at the University of Sydney (1900), attended that University (1901) and was an honours graduate in botany at Sydney Technological College (1902), besides having passed the New South Wales Public Service examination in forestry (1899) and gained a first class pass in the District Foresters’ examination (1906).  In those days Australia did not have a university course in forestry.  An indication of his enthusiasm for anything he took up was that when he considered he did not have sufficient background in forest botany he undertook work at the National Herbarium, Sydney, from 10 May to 3 August 1904.

There is no question that he made a notable impact on forestry in Australia, but due to conflict with political authorities and the Public Service Board in New South Wales his stormy period of office negated to some extent the excellent results he attained in management and silviculture.  Swain was a prolific writer and probably no senior forester equalled the comprehensive and critical diaries he kept when overseas.  Amongst his writings the one with possibly the most lasting value was the Timbers and Forest Products of Queensland (1928), a book for which C. J. J. Watson of the Forest Department of the State did much of the detailed examination of timber properties.  Another book on a somewhat similar topic was Universal Index of Wood (1923).