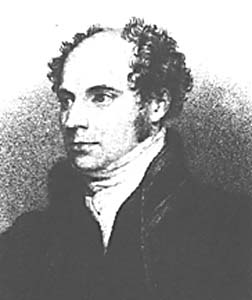 While the failure to publish their botanical findings has led to many of the collectors of Australian plants not being given justifiable recognition there is perhaps one case where the botanical community should be appreciative of the lack of publication.

William Swainson, more usually a zoologist than a botanist, was appointed by Lieutenant-Governor Latrobe in 1852 to report on the timber of the colony of Victoria, particularly the genera Eucalyptus and Casuarina.  That report was tabled in November 1853 and within it Swainson claims to have discovered within Eucalyptidae 'five distinct and well-marked genera, hitherto unknown as such, and apparently peculiar to Victoria; together with two other new genera, which occur also in the adjacent province'.

His grand total of species and varieties was 1520: 'even if two-thirds may hereafter prove varieties only, there will yet remain more than 500 species, botanically distinct, only two or three of which I have found in New South Wales' (Swainson 1853).  Swainson had earlier claimed in a letter to the Colonial Secretary of New South Wales (reproduced in Galloway I.c.) that 'in the Illawarra district alone, generally considered very poor in 'Gum trees' I have already discovered and determined more than 50 species of which dissections etc. have been made'.

Of Casuarina, Swainson (l.c.) claimed that 'all the descriptions now existing were perfectly and essentially defective, and therefore quite useless'.  He attached a list of all of the species he had found claiming that 'Of all those named in the list I possess elaborate descriptions, partly written with the trees before me'.  In a note attached to the 213 species listed, he regretted that he had to leave some species unnamed, although described.  The lack of any books to refer to had led to an exhaustion of all the specific names he could think of that might be appropriate!

Continuing, he declared: 'As there exists no scientific society or other medium for publishing an essay on these trees in Melbourne, I think the Royal Tasmanian Society (of which I am an honorary member) will gladly do so in their own transactions'.

Presumably the Royal Society of Tasmania was not appreciative of Swainson's efforts as this work was never published.  W. J. Hooker reproduced the report in his Journal of botany and Kew Garden miscellany referring to it as a 'singular document' which is 'startling in some of its statements' (W.  J. Hooker 1854).
Privately he wrote to Mueller:


"I cannot say that I gave to our Secretary for the Colonies an equally flattering account of Mr Swainson on the Gum Trees!!! In my life I think I never read such a series of trash and nonsense.  There is a man who left this country with the character of a first rate naturalist (though with many eccentricities) and of a very first-rate Natural History artist and he goes to Australia and takes up the subject of Botany, of which he is as ignorant as a goose."

Maiden (1901) described Swainson's efforts as 'an exhibition of reckless species-making that, as far as I know stands unparalleled in the annals of botanical literature'.