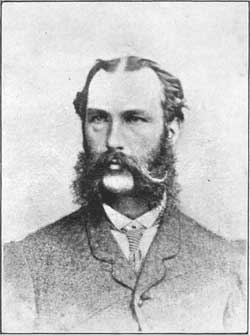 He was the son of Henry William Taylor, Esq., F.G.S., London, solicitor, and was educated for the army, but he always had a leaning towards science. On the death of his father, in 1854, he came out to Victoria, and in 1856 joined the Geological Survey under Mr. Selwyn. He commenced his first field work on 15th April, mapping in a portion of the Keilor plains for the first quarter-sheet. On 8th April, 1867, Mr. Taylor resigned his position as Field Geologist, and on 12th March, 1868, married Emma Sarah, daughter of Leonard T. Woodruff, Esq., of Buckinghamshire, England.

About this time he was re-appointed on the temporary staff, and remained till it was disbanded in the following year. He was the first geological explorer of East Gippsland, where he endured many privations in his travels through the unexplored country. While Mr. Brough Smyth was Secretary for Mines, Mr. Taylor was again employed as Field Geologist, and again was retrenched in 1879. Subsequently Mr. Taylor acted as geologist to the North Queensland Exploring Party. On his return he rejoined the Geological Survey, and retained this position to within a short time of his death, which took place on 22nd June, 1894.

Mr. Taylor’s quarter-sheets are models of accuracy and of careful detail. As a mineralogist he held a foremost position. In the sixties he visited Bingera, New South Wales, and was the first to describe the numerous interesting species of minerals that are found there associated with the diamond.

Mr Taylor was an ardent botanist and collected much material for Barron von Mueller in Gipplsand and North Queensland, including the new orchid Bulbophyllum taylori, F.v.M. The fossils Magellania taylori and Didymograptus taylori are named after him.

Norman Taylor was also a skilled artist. His surviving sketches (La Trobe Collection) reflect the his attention to detail. Drawings in the diary of his voyage to Australia in 1854/1855 show an ability to render ships' rigging in painstaking detail. His subsequent work has clarity and naturalism, depicting the Australian countryside with careful draughtsmanship and topographical accuracy while selecting a viewpoint which makes a pleasing picture.

Further information on his artistic side are available from the 'Dictionary of Australian Artists Online' at:
http://www.daao.org.au/main/read/6083