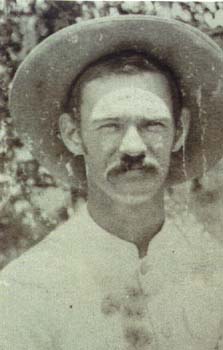 Telegraphist with the Post Office at Roebuck Bay, Western Australia, March 1889-1892, and son of J.G.O.Tepper. He collected extensively at and near Roebuck Bay. He sent his collection of plants to his father, who forwarded them to Mueller for identification before publishing on them in 1893. His specimens are now at MEL, with some at PERTH, apparently received via the Western Australian Museum; others are at B and NSW (Acacia).