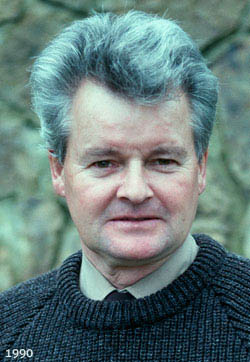 Kurt was born in 1939 in the midst of European disruption in the Austrian/Italian disputed area. He trained as a stone-mason. He later migrated to Australia.

He joined the staff of the Canberra Botanic Gardens (now Australian National Botanic Gardens) on 16 March 1970, and retired after 30 years on 5 July 2000.

Along with his young family he resided onsite in the 1970s in what later became known as the Trades Cottages precinct. His duties were wide & varied and as a public face of the Gardens he specialised in conducting bird watching tours & educational presentations for visiting school groups. He had a major input into the development and interpretation of the Nature Trail at the Gardens in the late 1970s.

Ranger duties at the Gardens included some photography of native plants.