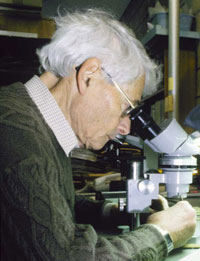 Arthur was a keen collector of bryophytes (particularly mosses), and gathered 994 specimens from eastern Australia and Lord Howe Island. These are lodged in the National Herbarium of Victoria (MEL), where he was an honorary associate from 1991 until 2004 working on the bryophyte collections. Arthur was also an active member of the Field Naturalists Club of Victoria from 1978, serving on the Council and contributing to The Victorian Naturalist. Of particular note are his two papers on the mosses of Lord Howe Island listed below.