The first record of Thozet in Australia was when he was a gardener at the Sydney Botanic Gardens (1856-58). In the latter year he left the Gardens to go to the Port Curtis goldfields (the Gladstone area near Rockhampton), and it was there that he really developed his great interest in botanical collecting. He was an energetic plant collector, especially in the area within c. 150 km of Rockhampton; most of his specimens went to F. Mueller in Melbourne, but he was also active in making Australian plants known in France. He also cultivated many economic plants and prepared them for commercial use. His private garden was an experimental area of great value, in which he introduced many plants to central Queensland, and to the rest of the State. In addition to supplying material to F. Mueller, he also provided the Australian Museum with wood specimens from the Rockhampton area.

His early death was hastened by hardships experienced during exploration of the Expedition Range (where the type of Eucalyptus thozetiana was collected). Thozet is commemorated by the species of several genera, including Acacia, Aristolochia, Ixora, Jambosa and Terminalia. He was an Officer de l’Academie of France.

His main plant collections are now in MEL with lesser numbers in BR, G-DC, K, M, P and PC.

Anthelme Thozet also donated Aboriginal weapons, mostly boomerangs, to the Museum national d’historie naturelle in Paris in the mid-nineteenth century. It is assumed that this in part followed on from his interest in different types of wood and their uses. Some of these items are now held by the Quai Branly Museum and can be searched for on the museum’s web page.

WEBSITE: Some aspects of Thozet's life were available in 2012 at: www.thozet.com/

Map of collecting locations from AVH for Anthelme Thozet: 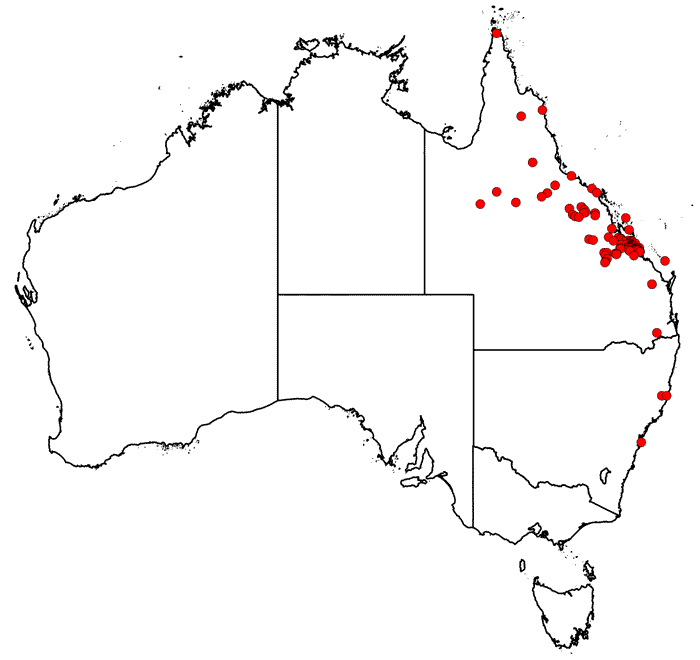