Mary Douglas Tindale was born in Randwick, Sydney, in 19 September 1920, the only child of George and Grace Tindale. She died in Sydney on 31 March 2011.

When Mary was about 10, the family moved to New York when George, in the Diplomatic Corps, was posted there to work with the British Ambassador to the US. Mary did her primary schooling in the US then, when the family returned home, went to Abbotsleigh Anglican girls school. Throughout her life, she attended most, if not all, of the yearly class reunions.

Tindale went on to the University of Sydney and graduated with a bachelor of science with honours in botany. She then did research work on fungi on parachutes for her master's degree, practical work that helped the war effort. She also taught botany at Roseville College then joined the Royal Botanic Gardens in 1944 as an assistant botanist.

From 1949, Tindale was the first staff member of the gardens to be appointed to the important position of Australian botanical liaison officer at the Royal Botanic Gardens, Kew, in England. As was customary at the time, her mother went with her as a chaperone.

Tindale did a great deal of fern research at Kew and met three botanists who were to have an influence on her botanical career: Professor Richard Holttum from Singapore, Professor Pichi Sermolli from Florence and Marie Laure Tardieu-Blot from Paris, who named a fern after her. She also visited herbaria all over Britain and Europe.

Tindale returned to Australia in 1951 and, in 1964, was awarded a doctor of science by the University of Sydney, one of the highest tiers of doctorate available. In 1969, she was reclassified by the Public Service Board as senior research scientist and later became the first officer in the NSW public service to be appointed a principal research scientist.

As well as ferns, Tindale was an authority on wattles and the native soya bean Glycine. She was one of the authors of the fourth edition of Flora of the Sydney Region (1994) and served on many international committees for ferns. She was a member of the Special Committee for Pteridophytes in the International Bureau of Plant Taxonomy and Nomenclature from 1965 to 2005 and secretary of the Systematic Botany Committee of ANZAAS.

She assisted in the CSIRO program on Glycine by differentiating a number of native species, on which she published four papers. She prepared a large section of the text for the volumes on Acacia in the Flora of Australia series. At different times, she was also editor of three botanical journals, Telopea, Contributions from the New South Wales National Herbarium and the latter's flora series.

Tindale attended as many international botanical congresses as possible. She lived through the era of elegant gowns and romantic dances and confessed she loved dancing the tango. She seemed proud of never having married - in those days, ''one had to give up work as soon as one married'' - and was proud to be a woman with an important academic career. It came out only recently that her young man had been killed in World War II.

Tindale's assistants at the Botanic Gardens were mostly men. She was an exacting boss who kept them on their toes, toughening them up for their botanical careers. She also had an important collaboration with a Dr Roy from Varanasi, India, who came to Sydney to work with her in studying fern chromosomes.

Tindale retired from the gardens in 1983 but continued her investigations and writing as an honorary research associate until recently. She was passionate about opera and ballet, which she attended regularly, and was a life member of the Australian Opera Auditions Committee.

She was slapdash with her lipstick but prepared for every eventuality - on one occasion at a grand function, where there wasn't enough light to read the menu, she reached into her bag and got out a magnifying glass and a large torch.

Mary Tindale had no direct survivors.

Map of collecting locations from AVH for Mary Tindale: 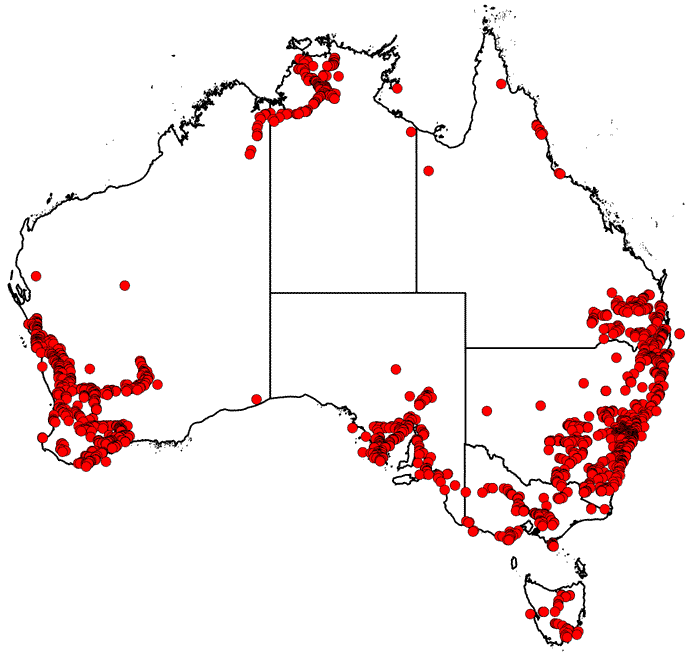