He graduated in forestry from the University of Wales in 1962. He started as a forester with the Woods and Forests Department of S.A. in 1962 and joined the Forestry and Timber Bureau in 1965. He served in the Genetics Section (1965-69), the Seeds Section (1969-1973), and as Professional Assistant to the Director General of the Forestry and Timber Bureau (1973-74). He became Officer-in-Charge, Seeds Section, in 1974 of what is now the Division of Forest Research, CSIRO. He undertook a Ph.D. study at the Australian National University (1976-79), the subject being the genecology of Eucalyptus cloeziana.

He began seed and botanical collections of conifers in 1968 for the International Union of Forest Research Organizations
(IUFRO) in U.S.A. and Mexico, and in the Philippines in 1969. Since then he has made extensive seed and botanical collections of tree species, particularly eucalypts.  The seed collections are used principally for research both in Australia and overseas. In 1972 he visited the then Portuguese Timor with the principal objective of collecting E. uroplhylla. These collections included the type specimen for that species and material from the highest known natural occurrence of a eucalypt, about 2950 m on Mt Tatamailau.

Turnbull visited many parts of the world, including Italy, Israel, Tunisia, Malta and Thailand. He attended the International Seed Testing Association Congress in Poland in 1974, and was Australian representative on the ISTA Forest Tree Seeds Committee until 19 April 1976, and leader of the ISTA Working Group on Tropical Tree Seeds. He presented a paper at the 3rd World Consultation on Forest Tree Breeding, Canberra, 1977. He has been associated with the FAO Panel of Experts on Forest Gene Resources since 1969 and has been a full member of the Panel since 1975.

Map of collecting locations from AVH for John Turnbull: 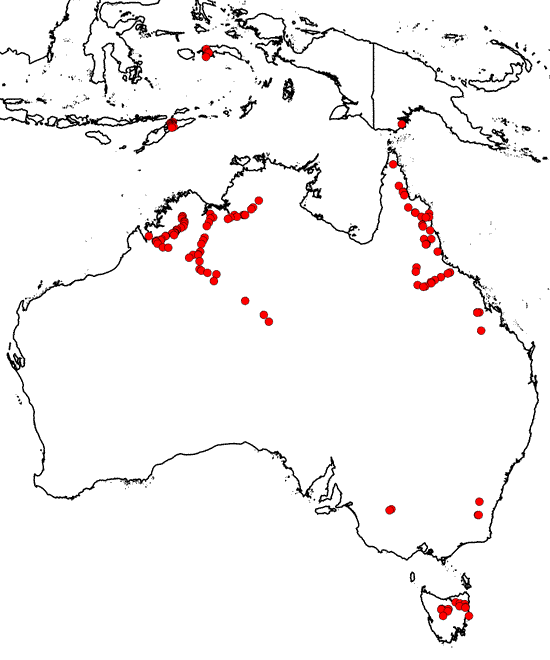