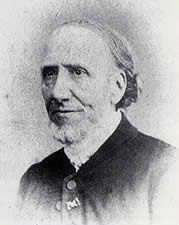 An ornithologist and plant collector sent to Australia in 1842 by the Muséum dÕHistoire Naturelle in Paris. He made plant collections around Hobart, Tasmania (December 1842-April 1844) and around Sydney, New South Wales (April 1844-November 1846). His servant Emile collected plants for him near Port Macquarie and Camden Haven, New South Wales, and also from the Moreton Bay district and Durundur, Queensland. He returned to France about 1851 with a reported 115,000 natural history specimens. His original herbarium is at P, with some at A, B, C, DBN, DS, E, G, GH, K, L, M, MO, OXF, PH, S and US.

Source: Maiden, J.H. (1910) Records of the earlier French botanists as regards Australian plants. Journal and Proceedings of the Royal Society of New South Wales for 1910. 44:123-155.

Verreaux was a collector for the Museum d'Histoire Naturelle in Paris and best known in his time as an ornithologist. He made significant collections of plants in Australia, first, in and around Hobart (from December 1842 to April 1844) and later in and around Sydney, where he lived at Surrey Hills from April 1844 to November 1846.

During this latter period his servant, Emile, whom he had engaged soon after his arrival in Hobart collected plants for him around Port Macquarie and Camden Haven and from Moreton Bay district and Durundur.

Verreaux kept a diary, with a brief break due to illness from the time he left Toulon in France on 14th August 1842 until 1st March 1847 when he on high seas bound for home. This 1000-page diary, along with other is reserved at the Museum National d'Histoire Naturelle. The other manuscripts include brief notes on the plants collected by him in Tasmania (6,524 specimens including duplicate) and longer notes on 705 separate mainland collections comprising thousands of duplicates. The original numbers on his specimens in the General Herb Laboratoire de Phanérogamie enable one to trace the corresponding notes in his manuscripts.

Verreaux wrote that the love of natural history was born in him. He was encouraged by the memory of his celebrated uncle Pierre-Antoine Delalande (1787-1823) naturaliste and collector associated with the Muséum d'Histoire Naturelle. At the age of 21 Verreaux accompanied Delalande to South Africa.

It is great to think that this man with such a romantic background collected and described common weeds of Sydney gardens and roadsides with as much interest as he showed in our attractive native plants. His specimens of Cyperus rotundus, Digitaria sanguinalis, Echinochloa crus-galli, Setaria glauca, Argemone ochroleuca, Oxalis pes-caprae and Erigeron (Conyza) bonariensis are first-class.

Jules Pierre Verreaux (24 August 1807 – 7 September 1873) was a French botanist and ornithologist and a professional collector of and trader in natural history specimens. He was the brother of Edouard Verreaux and nephew of Pierre Antoine Delalande.

Verreaux worked for the family business, Maison Verreaux, established in 1803 by his father, Jacques Philippe Verreaux, at Place des Vosges in Paris, which was the earliest known company that dealt in objects of natural history. The company funded collection expeditions to various parts of the world.Maison Verreaux sold many specimens to the Muséum National d'Histoire Naturelle to add to its collections.

Verreaux travelled to Australia in 1842 to collect plants. He returned to France in 1851 with a natural history collection reported to contain 15,000 items. In 1864 he took over from Florent Prévost as assistant naturalist at the Paris Museum.

Verreaux also worked in China and South Africa, where he helped Andrew Smith found the South African Museum in Cape Town in 1825.