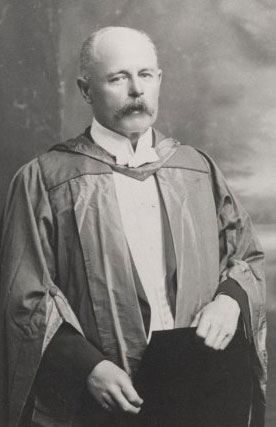 He had a brilliant scholastic career at the Royal College of Science, Dublin and at Queens College, Manchester, after which he joined the London and North-Western Railway Co. in 1872 and spent 5 years in the Wolverton Workshops.  He came to New South Wales in 1881 and entered the Public Works Department, with charge of road and bridge construction.

In 1883 he was appointed a lecturer at the University of Sydney and in 1884 became Challis Professor of Engineering.  He had a distinguished career; in the academic field he was, at various times, Dean of the Faculty of Science, Dean of the Faculty of Engineering and Chairman of the Professorial Board.  Professor Warren wrote over 50 papers, 17 of which were published in the Proc. Roy. Soc. N.S W., and he was president of the Society in 1892 and 1902.  He wrote Engineering Construction in Iron, Steel and Timber (1894 but later issued in 2 volumes in 1921), and Strength, Elasticity and Other Properties of New South Wales Hardwood Timbers (1911).  An able man with a kindly personality, he was in wide demand to he a member, often chairman, of various boards connected with railway planning, including the introduction of electricity. He retired from office on 1 December 1925, as Professor Emeritus, only to die a few days later.