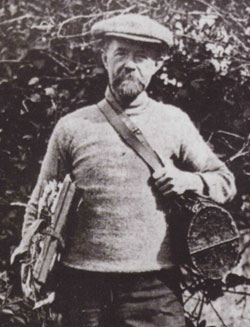 Was probably the greatest moss authority of New South Wales, writing many articles for the Proceedings of the Linnean Society of N.S.W. during the years 1900 to 1918. His most noteworthy, if unfinished, contribution was a "Census of Australian Mosses", 1902-05, in collaboration with Thomas Whitelegge.

Rev. Watts made several collecting trips to Victoria and, four years before his death, was transferred (1916) to Wycheproof in that State – a very poor locality for mosses. The principal bryophyte specimens accumulated by Watts and Whitelegge are housed at the National Herbarium, Sydney.