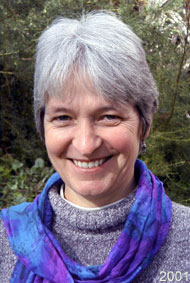 She has been appointed to several positions throughout her career. Her professional botanical career started with her appointment as a tutor at the Botany Department from 1973-1977. She resigned from this position to devote all of her efforts to completing her Ph.D.

In 1980, she was appointed as a Research Scientist of the Australian National Herbarium, CSIRO Plant Industry, Canberra.

During 1987-1988, she represented Australian herbaria as the Australian Botanical Liaison Officer, based at the Royal Botanic Gardens Kew, United Kingdom. This proved to be a very demanding year for Judy because of the extra official engagement linked to Australia's bicentenary celebration in 1988.

In 1989, she was appointed Director, Australian National Herbarium.

In 1994, she took on the Directorship of the newly formed Centre for Plant Biodiversity Research, CSIRO Plant Industry. She has promoted plant systematic research by expanding her institution's activities in this area.

In 1999 she was granted the position of Adjunct Professor, Division of Botany and Zoology, Australian National University, Canberra.

In 2001 she was awarded the Nancy T. Burbidge Medal by the Australian Systematic Botany Society for a longstanding and significant contribution to Australian systematic botany.

In 2003 she was awarded the Order of Australia for her services to Australian botany.

In 2009 she was a ppointed Executive Director of the Australian National Botanic Gardens and head of Parks and Biodiversity Science within the Department of the Environment.

Judy has maintained a very active and diverse commitment to many important national and international professional associations and committee. She was actively involved while still a post-graduate student.

Judy has published on the biology and systematics of the Sapindaceae (particularly the genus Dodonaea), Portulacaceae, Pultenaea (Fabaceae) and Caryophyllaceae. She has also published on issues relating to biodiversity, biogeography and bioinformatics.