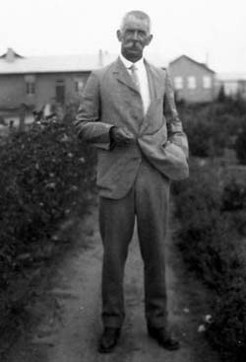 He migrated to Australia in 1896 and was employed as gardener-in-charge, Admiralty House, Sydney, in 1898; for a short time in 1912-13 he was Superintendent of the State Nursery Departnient of Agriculture, at Campbelltown, N.S.W., but in the latter year was engaged as officer-in-charge of the Afforestation Branch of the Federal Capital Commission in Canberra.  He was Superintendent of Parks and Gardens in that city when he retired in 1926. Whilst in Canberra he worked closely with Walter Burley Griffin, the designer of the city and was responsible for much of the early planting of the Canberra landscape, as well as the plantations at Westbourne Woods and on Mt Stromlo.  In addition to the eucalypt named after him, his name is commemorated in a creek, a street and a district in Canberra.

He is honoured in the name Eucalyptus westonii Maiden & Blakely (1928), and also collected the type.