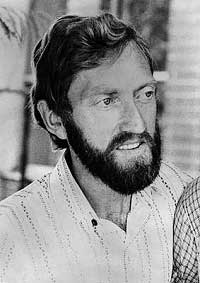 David Whibley will be remembered by systematists around Australia as a gentle man of Acacia. He will be remembered further in the State Herbarium of South Australia and Botanic Gardens of Adelaide for his wide knowledge of the diversity and cultivation of South Australian plants, both native and naturalised. The State Herbarium benefited greatly from his knowledge. There he had the job of doing the bulk of general identifications of material provided by the public, led and participated in field expeditions throughout the State, headed up the curatorial team, and wrote authoritatively on South Australian weeds and wattles.

David began work in the Botanic Gardens under Noel Lothian in 1952 at the age of 16. His enthusiasm for native plants saw him transfer in on 21st June 1956 to the State Herbarium as a Botanical Assistant under Hansjörg Eichler. He continued to work there until his premature retirement as Technical Officer on 10th June 1988 after 36 years. He had left on extended sick leave two years before; a brain tumour had been diagnosed in 1982, but only his close family knew of it. Until shortly before his death, David led a rich uncomplaining life with his family within the Adelaide Hills community. Much of this life revolved around the family’s exceptional talents in tennis.

David started publication only in his later years which revealed his passion for Acacias. He assisted and collaborated with other Acacia specialists. Acacia whibleyana Maslin is named after him and he himself named several new species in the genus and clarified the circumscription of others. This culminated in a handbook to South Australian Acacia. His retirement cut short completion of an accournt of coastal South Australian plants and their protection.