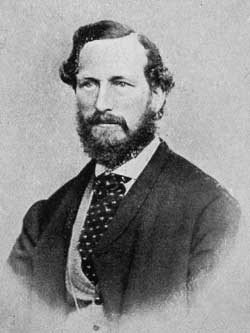 A seedsman who arrived in Adelaide on 1 March 1849. He collected extensively in South Australia, particularly along the lower reaches of the Murray River to its mouth (1849-1851) and on Eyre Peninsula (1851) and the South East (1853). In 1854 he moved to Melbourne, Victoria, where he was Acting Government Botanist during MuellerÕs absence on the Gregory Expedition (1855-1856), and assistant to Mueller until 1869. In Victoria he collected in the Dandenongs, the mountains of western Victoria (the Grampians, Victoria Range, Pyrenees) and Corner Inlet in Gippsland. In November 1863 he briefly visited Sydney, New South Wales, making collections at Port Jackson. He returned to Germany in about 1865 or 1869 to resume business as a seedsman. His main collection of Australian plants is in MEL, with duplicates in B, BR, C, E, H, K, M, NA, OXF and W.