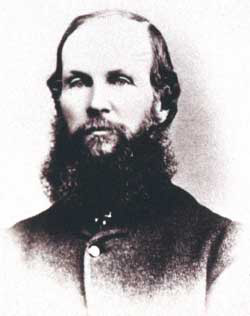 He qualified as an architect in England but returned to practise in Tasmania, where he was elected a member of the first Legislature. On the death of his father he came into possession of the family estates and was able to devote more time to botanical interests; he took his many plant specimens to Kew and worked there from 1856-58. Joseph Dalton Hooker dedicated his Flora Tasmaniae to Ronald Gunn and William Archer and refers to Archer:

"I am indeed very largely indebted to this gentleman, not only for many of the plants described, and much of the information which I have embodied in this work, but for the interest he has shown during its whole progress and for the liberal contribution of the thirty additional plates all of which are devoted to the Orchidaceae and chiefly made from his own drawings and analyses."

For some years Archer was secretary of the Royal Society of Tasmania, as well as being a fellow of the Royal Society and the Linnean Society. In the case of Eucalyptus archeri, although the name was not published until 1919, the type material was collected by Archer in the Western Mountains of Tasmania, in January 1848. His name is also commemorated in species of the genera Carex, Danthonia, Diselma, Mitrasacme, Prasophyllum and Psoralea.

NOTE: There is some confusion as to whether there should be an 'H' in the initials of this William Archer (1820-1874), although it appears on herbarium specimen labels. It might result from confusion with two other naturalists at the time, William Henry Archer (1825-1909) and William Henry Davies Archer (1836-1928). see: Hansen, Anita (2008) 'The Significance of 'H' in William H Archer in Australian Herbarium Collections', Kanunnah 3: 94-97.