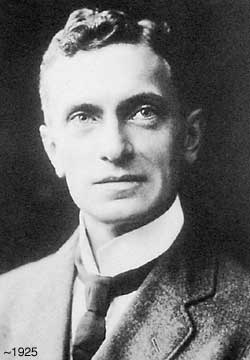 Probably best remembered as an anthropologist, geologist and medical practitioner, he led an expedition in 1926 into northern and north-western South Australia which reached as far north as Uluru [Ayers Rock] in the Northern Territory. He visited Arnhem Land, Northern Territory, in 1928 with D.Mackay. In 1911 briefly appointed Chief Protector of Aborigines in the Northern Territory. He wrote extensively on botany, geology and anthropology. Some collections are also known from the Kimberley region, Western Australia. He is reported to have given specimens to Diels at Marburg, but there are also collections at AD, B, K and NSW.