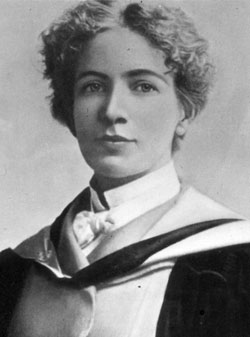 Ellen recieved a BSc from the University of Adelaide in 1892. From 1893 to 1912 she taught science at several schools including the Tormore House School.

In 1901 she was asked by a University of Adelaide's ailing professor, Ralph Tate, to take over his botany lectures. He died that year and Benham held an annually renewable appointment as lecturer in Botany between 1902 and 1911, during which time, in the absence of a professor, she acted as head of department, sole lecturer, and keeper of the Herbarium.

In 1908 she went to England to improve her higher education teaching methods and completed the Oxford Diploma of Education. Benham returned to Adelaide the following year and continued her lecturing until 1912 when the university founded its chair of botany. She is honoured at Adelaide University by the Benham Building which houses the School of Earth and Environmental Sciences, and within that the Benham Lecture Theatre, the result of a bequest by one of her decendants.

In 1912 she resigned from Tormore House School and bought Walford School in Malvern. There she taught botany and physiology and greatly raised the school’s academic standards. The school thrived and evolved into the Walford Church of England Girls' Grammar School, which honours her with its Benham Wing.